After going to Anna Vance’s session on Make It Stick, I implemented some of the ideas she presented and thought I found reasonable success with them. However, as I hadn’t read the book, it was a little half-hearted and could be improved. When I was looking through my library’s education e-book collection and saw it there (amidst a sea of worthless looking books, save Other People’s Children, which I also checked out) I decided to pick it up.

A few things stuck out to me, some of which I tweeted, but the one that I keep thinking about is the Leitner System, which they describe thusly: 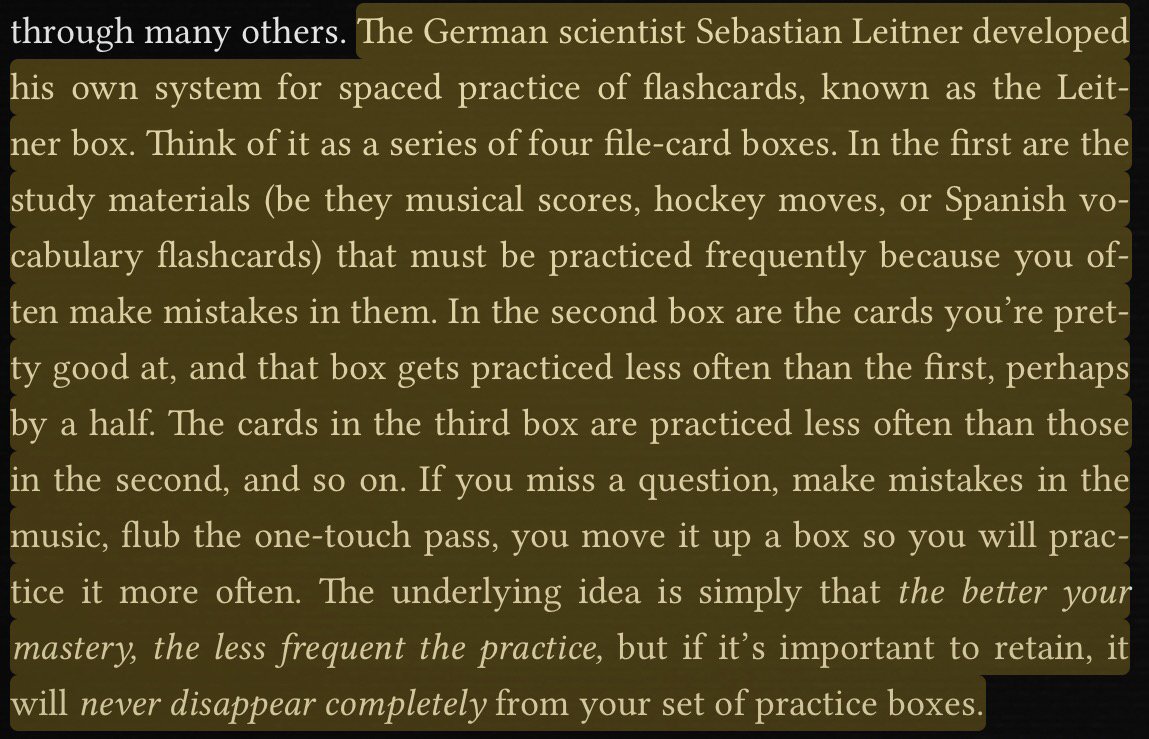 This struck me for a few reasons. First, I love the idea that the “flashcards” don’t have to be what we typically think of as flash cards, but rather representations of anything we need to practice. Second, it’s a system that is learner-led, so if I can get my young mathematicians onto the system, they can run it themselves. (And extend it to other parts of their lives.)

So my thought became thus: how can I weave this system into my classroom? Here’s my thoughts. I’d love some feedback.

Does that sound feasible? What needs improvement?