I tried this out today in class (and will repeat tomorrow), and it worked out quite well. So now I want to share, my first 3 Acts problem.

The question I intended to be asked was “How many of each potato do I need for the recipe?” or variants such as “What does he do now that the scale is broken?” or “Did he buy enough potatoes?” Those were all asked, along with some others.

The video shows some things (how many potatoes I bought the first time, and the cashier says the totals), but it’s easier to lay that out when the students ask. 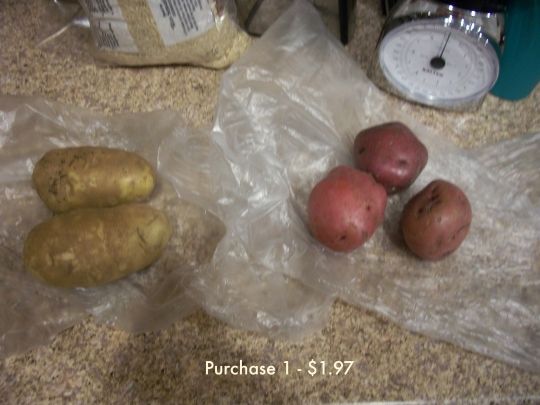 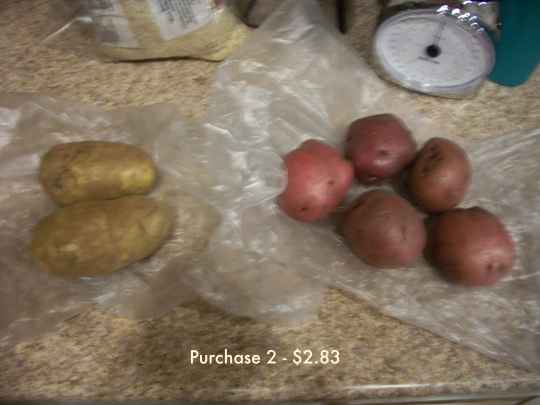 After that, they also wanted to know how much the potatoes cost, so I provided that. 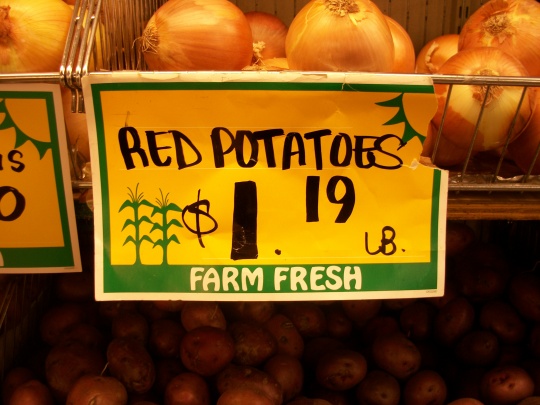 But that’s all the information I can give: my scale is broken and I didn’t take the receipts from the cashier. Luckily, this is enough.

After we calculated the weight, we compared when I weighed them in my “new” scale. 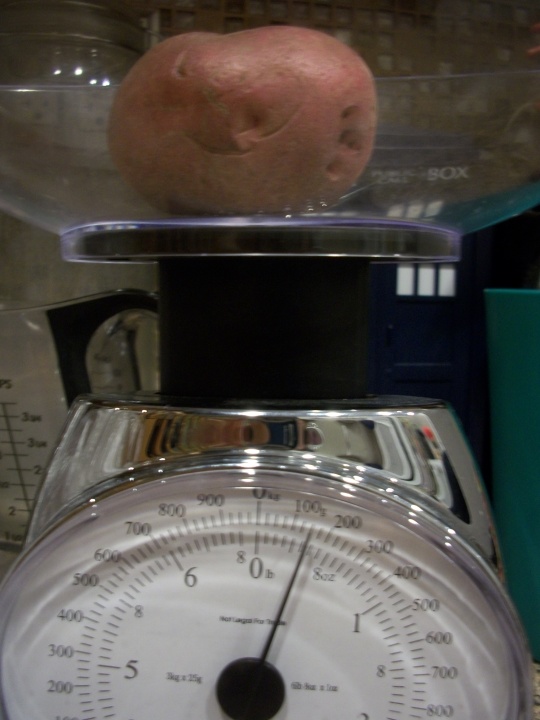 I wish I had my digital scale for a better Act 3, but it’s actually broken (and the calculations I had to do when it was inspired this problem) and the analog was cheaper. The solutions you calculate (.36 lb and .43 lb) are pretty close to the values on the scale (which I peg at .37 lb and .5 lb).

The problem itself, in terms of the system of equations involved, is not that complicated (because I am using it to introduce the concept of elimination), but for the students who solved it quickly, I had a trickier problem up my sleeve: 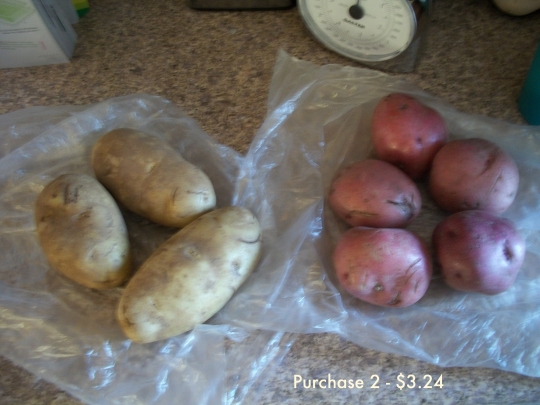 What if I had bought 3 Idaho potatoes on the second trip? How can I figure out how much each one weighs now?