I was reviewing solving equations for my SAT Math class. It’s a tricky thing to do because “equations” includes linear, systems, quadratic, and exponential equations. A lot of different skills to go over in a short amount of time.

After working through the requisite problems, I wanted a little more practice, so I came up with a game that they could play, based on the Bid-a-Note sections of the old “Name That Tune” game shows. I called it Name That Solution. Gameplay goes like this: 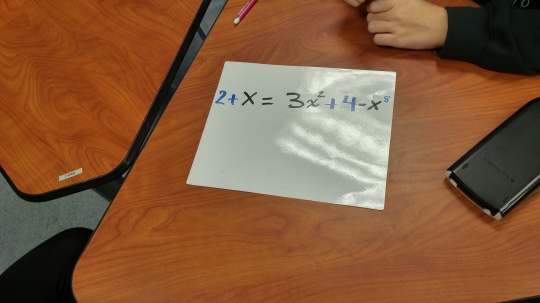 They played on whiteboards so they can change the equations quickly. The students quickly learned to not overextend themselves when making the equations harder, lest they find themselves challenged. So it leads to a nice exercise of constantly mentally making sure you know the steps to solve something before you take your turn, getting a lot of practice.

At the end of one of the classes, I did a big class-wide version, half the class versus the other half. But they wound up being very conservative, with neither team challenging the other and only take moves they knew they could solve. Which I guess was the point. 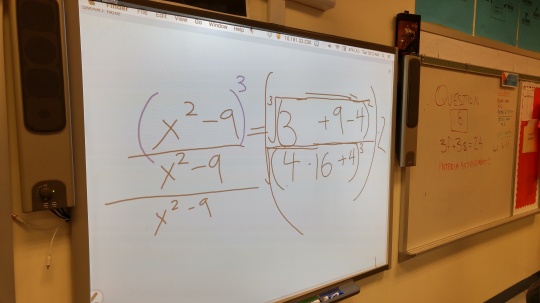 Comments on: "Name That Solution" (2)