Michael blogged and tweeted about exponentiation being numbers instead of operations, which made me think of a lesson I attempted last year. It didn’t go quite as planned, but I liked the idea, so I said I’d write about it.

At a Math for America meeting, we were working on problems with different bases. I was talking with the facilitator about how glad I was that my 4th grade teacher taught us alternate bases, as I’m sure it was pivotal in greatly improving my number sense. Later on in the session, we were talking about “real world math,” and I brought up how it’s not the real world that is important, but that the setting of the problem is authentic and internally consistent. The presenter remembered a lesson she had seen that was totally fictional, but still felt authentic: if aliens with different numbers of fingers (and thus, presumably, differently-based number systems) were at a galactic bazaar, how would they sell things to one another?

I loved the idea, and so wanted to extended it beyond the simple worksheet-based problems that it was. I wanted to have an alien bazaar right in my classroom. So I developed 6 species of aliens, each with a different number of fingers. Each species of alien brought a different set of items to the bazaar, to sell to the others. Each species also had a shopping list of items it needed to purchase before it could head back home. (I set up groups of four to be all the different races.) 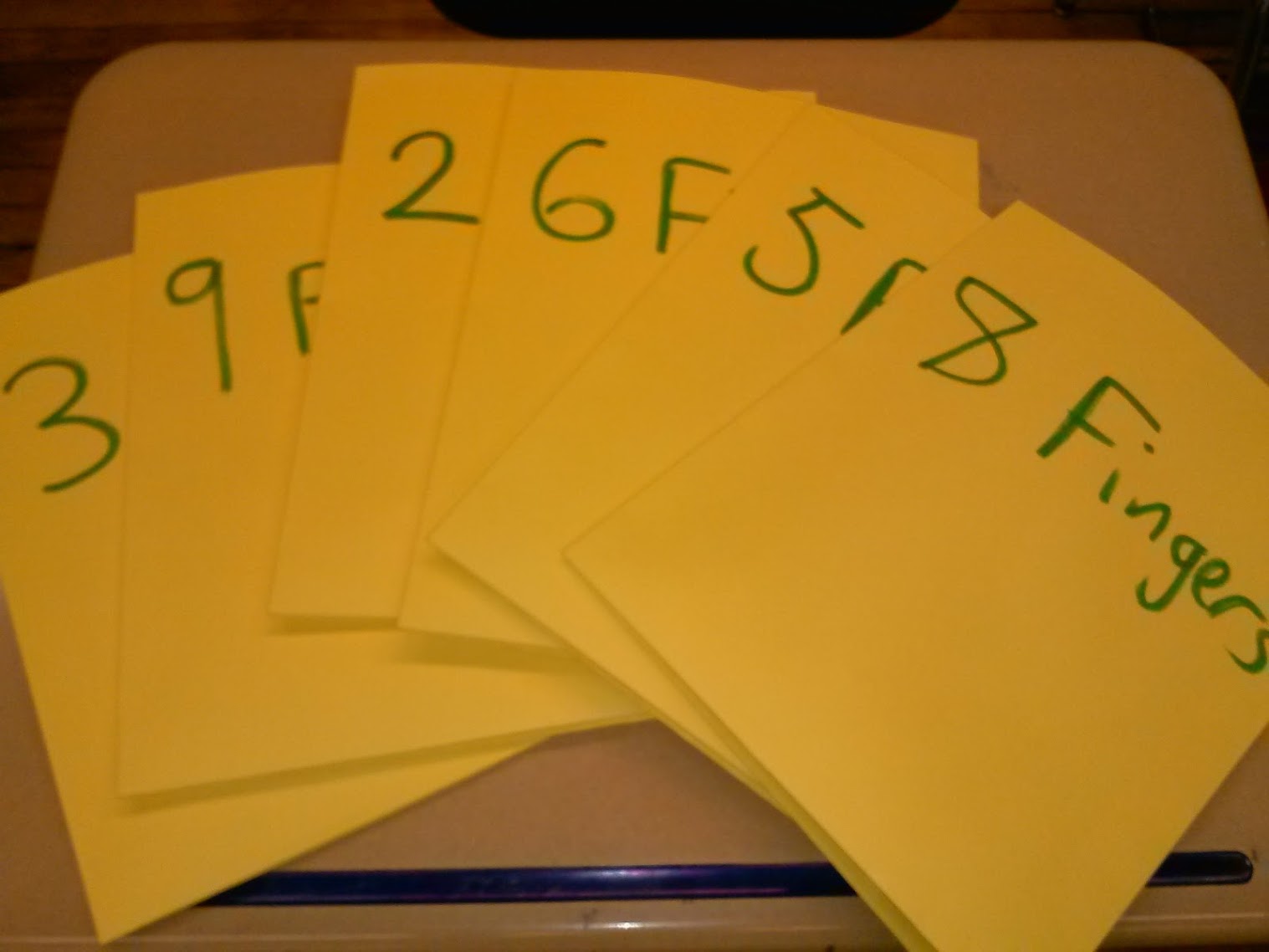 Each species’s inventory was given to them in a folder containing all the items. (Each species had a monopoly on one specific item, but was in competition with the other items, and no one race had enough to satisfy all customers.) The first task was, given the prices of each item in decimal, to convert them to the number system of the group’s race and set up a shop with a display and the items spread out. 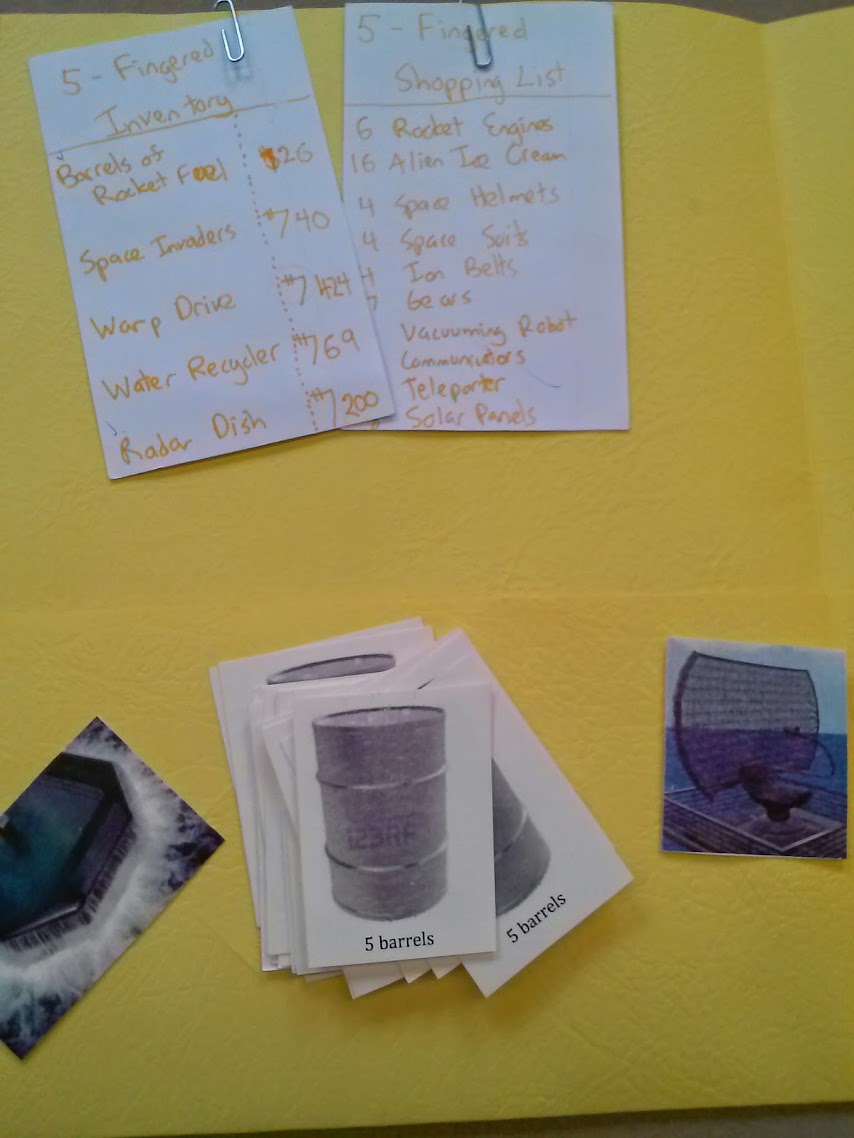 After that was complete, each group was given blank-check currency, color-coded by race. Two members of each race were to act as shoppers, going around to the other races and 1) figuring out how much their item cost, 2) figuring how much money that would be in their own number system, and 3) making sure the shopkeeper agreed with their payment.

I was really excited by this idea, but it didn’t pan out quite the way I wanted. I think the main problem was that there wasn’t enough time – these are big, unfamiliar ideas and the whole process needed more time than I was willing to give it. I taught the lesson in the hopes of strengthening their ideas about exponents and scientific notation, but since those are such a small part of the 9th grade Integrated Algebra curriculum, I couldn’t really devote a lot of time to it. I hear they are big parts of the 8th grade common core standards, so this might work well in an 9th grade classroom or even earlier.

What I did do, though, to salvage the situation, is to segue the lesson into an exploration of polynomials, and this is related even more so to what Michael talked about with exponents being numbers.  When we have the number 132, that number is really

. But that’s only for us humans. If that number were written by the 5-fingered aliens, it would be

. And, in general, if we wanted to figure out what that number means for any number-fingered alien, we would use

. So we looked at that in Desmos.

We start with x=4 because 132 doesn’t make sense as a number for a base smaller than 4. And now we can see all the different values of 132 in the different bases. As we go into numbers with more digits, we start to get more interesting polynomials, which was also fun to explore.